Digital Processing Is Not "Cheating"

I don't know where this idea originally came from, but I have a guess. As time marches on and the age of film ubiquity shrinks in our rearview mirror, we see more and more photographers that have never handled a film camera before. For them, post-processing makes natural sense in digital photography.  You shoot to a memory card, load it into the computer, and make your adjustments. That's just how it works, and the computer is obviously an integral part of that process. Nobody questions Lightroom or Photoshop modifications to a digital image, even when those modifications are so severe as to render the result unrecognizable from the original.

Film cameras are different. They produce a physical, tangible result in the form of a negative. I can see how, when coming from a digital background, this might have a sense of finality to it. After all, you can make modifications to a RAW file, but the image on the negative is immutable. Then you combine this with the fact that most new film photographers have never had experience in a darkroom, so they have no idea how much work and modification actually goes into creating a final print.

So let's clear that up. This is what a negative looks like: 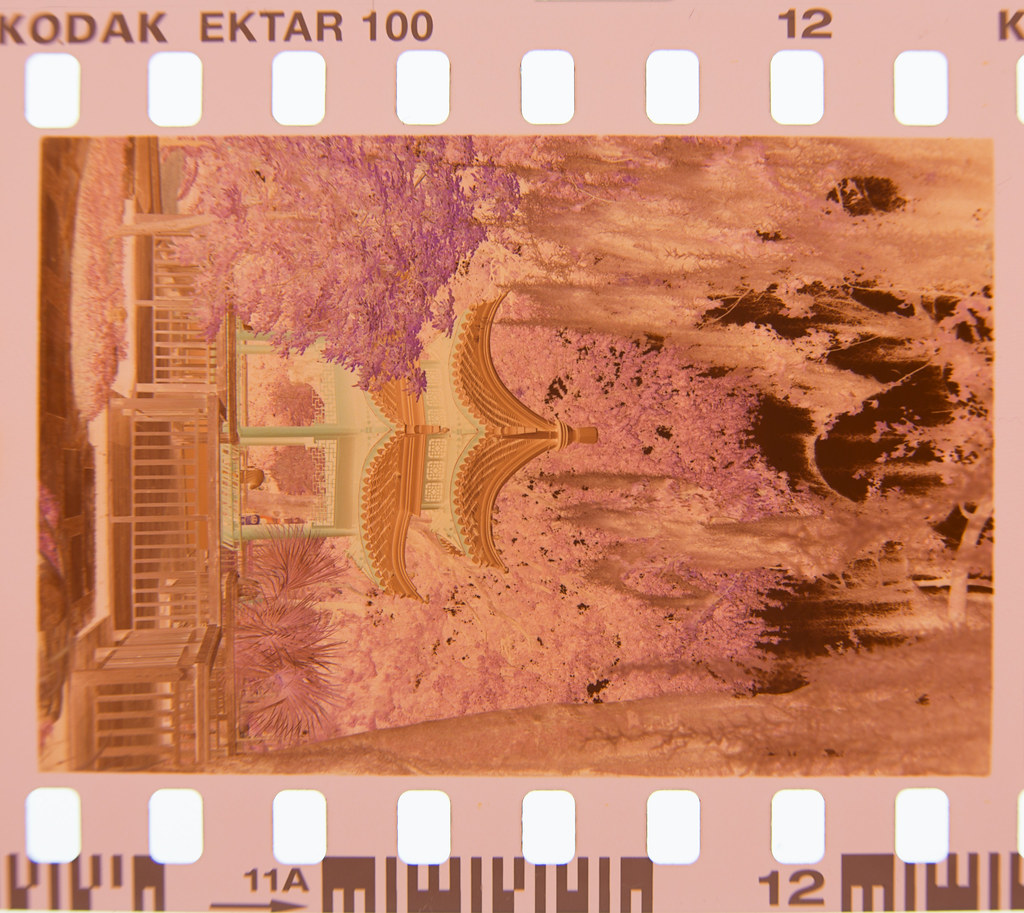 That's it. This is the only time you'll see the image in its unmodified state. If you're really chasing purity, then all of your final photos will look like this.  Of course this is not the result that you're looking for when you take a picture. At a minimum, the image needs to be inverted and the orange mask removed.

It's important to remember just how many factors are involved in the making of a photo from a negative. Let's start with optical printing, the standard process for making prints before scanning and inkjet printing took over (although many photo labs still print in this manner).  When you take film to a photo lab and have prints made, those prints are not pure, uninterpreted positives made from your film. I worked in a photo lab for several years, so I can tell you a little about the process.


First, most decent labs have profiles for each emulsion. These are determined through color calibration tests and define a "base color" for the light used to expose the negative, which ensures a neutral result. So right there, before we even get started, your photo has encountered some interpretation. This filter color will vary slightly from one lab to the next.

Then when printing, a "cheap" lab might just run the negatives through on Auto, which determines an exposure time based on the average brightness of the frame. This often renders dark scenes and bright scenes as a neutral gray when they shouldn't be. Labs with higher quality standards would have a trained tech that applied adjustments to exposure based on the density of the negative. Prints are often done multiple times until they have the right exposure and color balance, and of course this is all up to the judgement of the lab tech.

Here's my point: each one of those steps presents yet another layer of interpretation of the original negative. What you get in a print is not an objective, fixed result based on the negative and nothing else. It's not "pure" in any sense, because there's no such thing!

The same goes for scanning. You put the negative into a scanner, but the resulting image is not a fixed result.  The scanner has its own ideas -- like the printer, it attempts to determine the ideal color balance, exposure, and contrast based on automated algorithms. Even if you turn off all of the extras like auto exposure, it's still using its own interpretation of the negative that you have no control over. The photo to the right is a good example. Even with all color and exposure correction turned off, the scanner still needs to interpret the negative, and with the frame being predominantly blue, it compensated by adding red.  The red is not on the negative, this is just how the scanner decided to create the image. Correcting this is absolutely necessary, or the image will look like garbage.

So unless you and the scanner just happen to agree completely, you must take it upon yourself to make the photo look the way you imagined it in your mind's eye when you pressed the shutter release. You're doing yourself and your photography a disservice by refusing to make any adjustments.

If none of that has convinced you of the fallacy in refusing to edit your film photos, then I have one last tool in my arsenal.  It's this article on PetaPixel, which details the amount of editing done on some of the most iconic photographs in history -- in the darkroom long before computers were ever used for this type of work. Or flip through Ansel Adams' book The Print, which details the myriad ways he would modify his photographs in the darkroom before coming up with a final version, even removing entire undesirable elements from the image by dodging and burning. Just because you're using a computer instead of a darkroom doesn't mean these changes are somehow off limits.  Professional photographers were using early versions of Photoshop long before digital cameras existed.

Remember, no one cares what the original negative looks like.  They only care about the final version that you're showing them.  Do yourself a favor, like every other film photographer throughout history, make sure your photos are an accurate representation of your vision.

Of course, I'm curious how others feel on the matter, feel free to leave a comment!