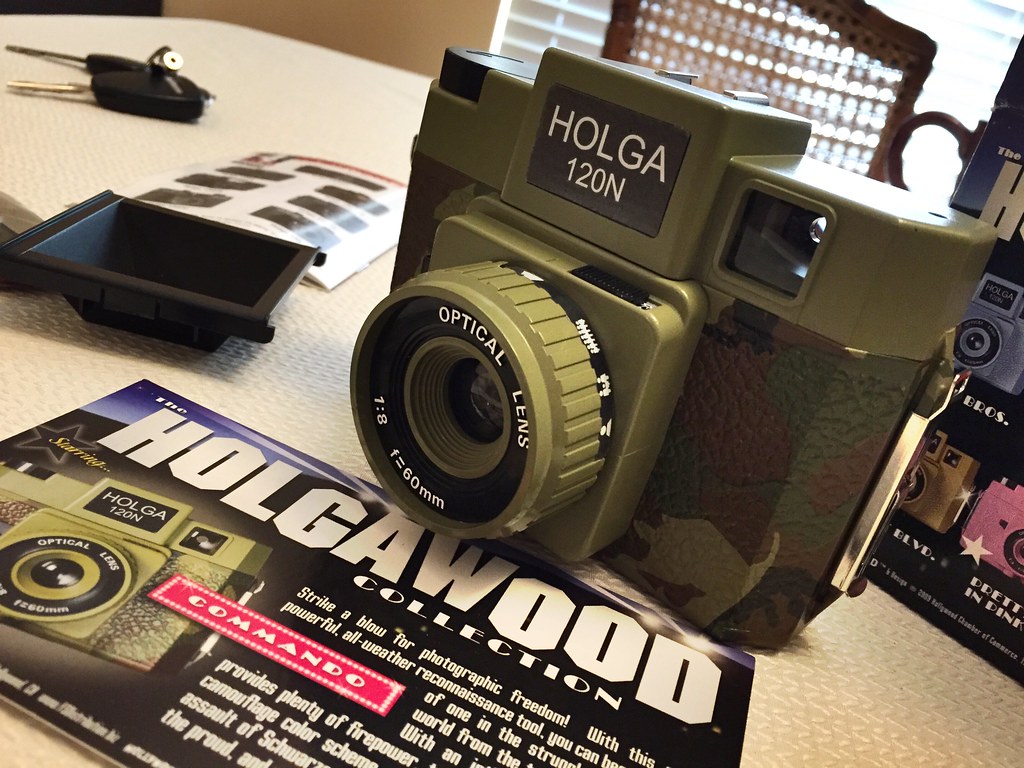 
After playing with the camera for a minute or two, I quickly realized that the aperture doesn't change when switching between "bright sun" and "cloudy" modes. Curious and a bit annoyed (I know it's supposed to be a toy, but come on - the camera only HAS two settings, how can you mess that up?!), I took it apart and inspected the aperture selection mechanism. It turns out that the setting is useless, and after some searching online I realized that it wasn't just a bad copy. All of these cameras, which are clearly advertised as having a switch that switches between f/8 and f/11, in fact have a switch that does nothing at all.

I'm not sure why they chose to do this, and when they did make that decision I'm curious as to who it was that said, "Yes, and we should definitely still tell everyone that the switch actually does something!" It's not just an oversight. The user manual states, "... and has a switch designed to change the aperture from roughly f/8 to about f/11." And then, in what seems to be a comment added specifically to suggest that they're just having a laugh at your expense, they state, "Note: According to some, the two f-stops are so close that they are indistinguishable from one another. We leave it up to you to decide."

Anyway, I've never really made it past the first roll with most toy cameras, and I didn't expect to get any farther with this one.  I put a roll in and it felt like I expected -- cheap. The film back gets caught on the clips sometimes making it hard to remove. The film spool is held in place with a piece of sponge glued to the plastic case, and the film squeaks noisily across the exposing aperture as you crank the film advance. There's a plastic interchangeable mask that lets you switch between 6x4.5 and 6x6, but after shooting my first roll at 6x4.5, I decided I preferred the square format.

The shutter operates at a very approximate 1/100s (there's also a bulb exposure mode), so slower films need to be limited to bright daylight. My first roll was a bit lackluster, but once I got a feel for it I really started to see the draw. The images are ethereal and dreamlike, with heavy sharpness falloff away from the immediate center of the frame. The optical properties of the camera make it a bit specialized in my opinion, so I try to imagine the scene as it will appear on the negative before committing.

My next couple of rolls were primarily landscapes shot while on day hikes around the Central Florida area. I decided to try to enhance the dramatic look of the photos by stand developing the film in 1:100 Rodinal for an hour. Details in the sky became more interesting and the increased grain combined with the soft edges made for a striking, somewhat anachronistic-looking photo that really appealed to me.


So, count me in as one of the converted, sort of.  I won't be picking it up in place of my RZ67 any time soon, but this little thing definitely has earned a place in my arsenal!